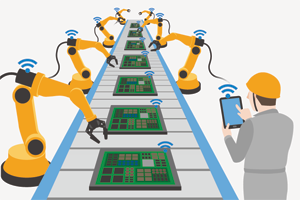 The industrial market is characterized by a wide range of communication protocols, many of which are standardized in IEC 61158 and IEC 61784.  A partial list of industrial protocols includes:

Applications can be described according to the type of application areas.  Typical examples include:

A partial list of relevant industry standards for industrial includes: